Researching the early conquest of Mexico and it’s conquistadors I also came across another great book titled, The Encomenderos of New Spain 1521 – 1555.

An encomendero was entrusted with the pacification and Christianization of any Native Americans within the allotted land that they would receive from the Spanish crown.

This book is a great resource to anyone doing genealogy research on the early families of New Spain (now Mexico).

Before I go any further if you missed my previous post titled “Who”s Who of the Conquistadors” make sure to check it out since I think that book should be read before this one. 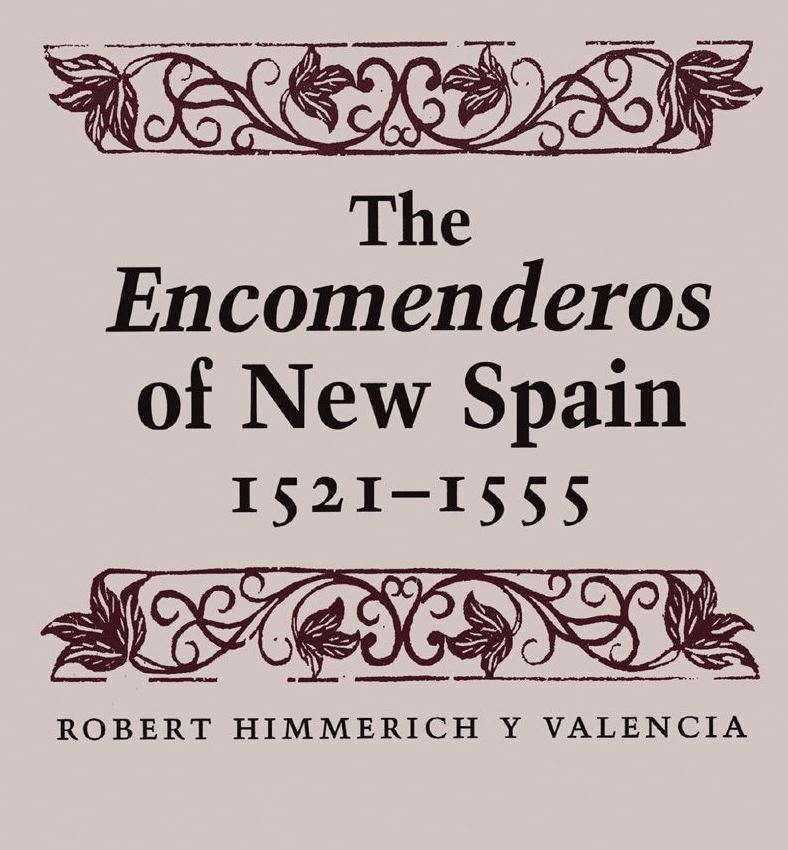 While the Spanish conquistadors have been stereotyped as rapacious treasure seekers, many firstcomers to the New World realized that its greatest wealth lay in the native populations whose labor could be harnessed to build a new Spain. Hence, the early arrivals in Mexico sought encomiendas—”a grant of the Indians of a prescribed indigenous polity, who were to provide the grantee (the encomendero) tribute in the form of commodities and service in return for protection and religious instruction.”

As I like to do, here is the table of contents so that you may get a better idea of what you can expect to find within the pages of this book.

Part One: The Encomenderos as a Group

4. The Integration of the Encomenderos into Local Society: Patterns of Association through Marriage, Office-holding, and Encomienda Sharing

A. Roster of First Conqueror Encomenderos

B. Roster of Conqueror Encomenderos

F. Citizenship of the Encomenderos

Robert Himmerich y Valencia is Associate Professor of History at the University of New Mexico, where he also serves as Editor of the New Mexico Historical Review

Let me know your opinion in regards to this book and or if you also found any of your ancestors listed on it.